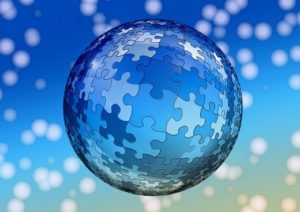 MY INTEREST IN PROBIOTICS, LACTIS AND GUT MICROBIOME: For 45 years I have worked almost exclusively with cancer patients with compromised immunity due to the cancer itself or the impact of conventional treatments; and in many cases both issues. I know it is crucial to patients wellbeing and recovery strategies to explore and improve the health of their gut bacteria

“You have to remember that quite often we wouldn’t be using probiotics in people with a healthy microbiome. We’d be using them in sick people who have a low-diversity, unhealthy microbiome. And that seems to be the condition when the probiotic is most likely to evolve.” Aura Ferreiro researcher.

Microbiome researcher, Prof. Gautam Dantas, says:
“If we’re going to use living things as medicines, we need to recognize that they’re going to adapt, and that means that what you put in your body is not necessarily what’s going to be there even a couple hours later.”

About Gut Bacteria: According to the latest estimate – an adult human houses 39 trillion bacteria, weighing in at 1.5 kilograms. Most of them reside in the large intestine and… most of them, if you DONT already take probiotics; are your own resident or native bacteria.

What has been well established; is that extensive research tells us healthy resident microbes are essential for health. Collectively, they crowd out harmful microbial invaders, break down fibrous foods into more digestible components and produce vitamins such as K and B12.
Want to learn more about the difference between LACTIS and PROBIOTICS?